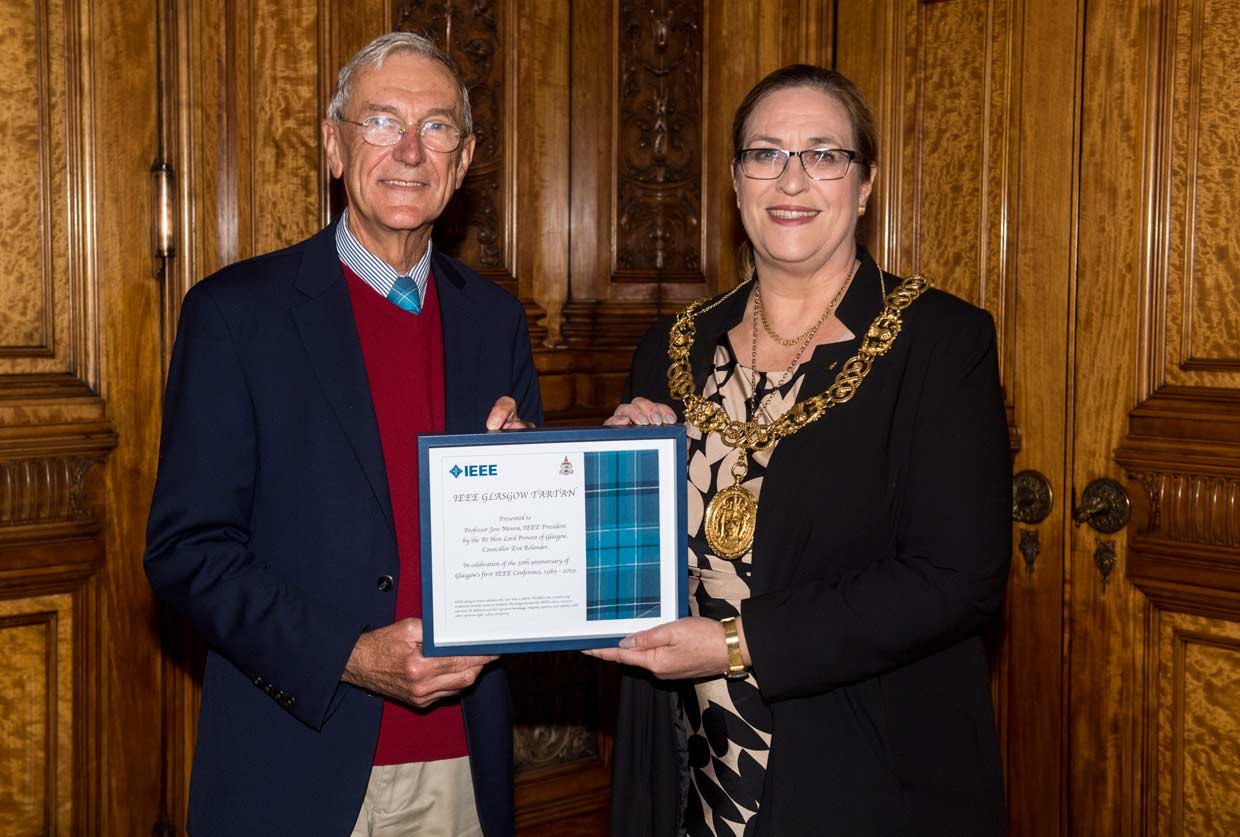 “ICASSP was very important for me because it was held just as I was starting my Ph.D. program,” Irvine says. “On the shelf above my desk was a copy of the conference’s proceedings. It told me two things: Glasgow was at the cutting edge of technology, as engineers from across the globe had come here to discuss their work, and many of those engineers were Ph.D. students presenting their results. This meant it was possible that I too could be part of that community and that my work could influence the progress of technology.”

Since that first meeting, 40 other IEEE conferences have been held in the city. Two took place in September: the IEEE History of Electrotechnology Conference and the IEEE West Europe Student and Young Professional Congress.

Aileen Crawford, head of the city’s convention bureau, is working on setting up a website where IEEE members can purchase items made from the tartan, such as scarves, ties, and table runners.

“I can’t think of anything more appropriate,” Irvine says, “than to have a tartan associated with the IEEE, a community of engineers from across the world.”